India, the land of inspiration, the land of exotic flora and fauna, dotted with phenomenal deserts, adorned with exquisite mountains, incredible panoramic hills, valleys and tea estates, blessed with divine greenery of the forests, a melting pot of cultures and traditions – the paradoxes attributed to this awe-inspiring land is more than you can give to any land. From time immemorial, poets have been singing odes to the beauty of India, paying their tributes to the rich resources of the land and getting mesmerized by it all. Now all these exotic greenery and amazing land describe how some of the national parks are India’s best national park.

India is thus known for its wet evergreen forests and fascinating wildlife, and they are preserved with great care and diligence. The land has many national parks and we will be discussing some of them here. To explore these parks, to the enjoy the natural beauty and to breathe in the scent and the feel, you might need at least one day each. So be ready to experience the magnificent wild through these India’s best national parks.

Here are some of India’s best national Park, where you can see amazing wildlife.

A forest left largely undisturbed by human intervention, Kudremukh National Park is a must-visit when you are on a wildlife expedition to India. Located in Chikmagalur district of Karnataka, the National Park enthralls visitors with its rich collection of flora and fauna.  Kudremukh, in the local language, means “face of the horse”, probably because you have a huge mountain there that resembles the face of a horse.Kadambi waterfalls and Lakya Dam, a check dam built across are attractions within the park.If you go on a trekking expedition within the park, you can spot the statue of Lord Varaha, standing 6 feet high

Eravikulam National Park is a beautiful grassland ecosystem located just 15 kilometers from Munnar, Kerala. You can enjoy glimpses of Nilgiri Tahr, an endangered goat species of the mountains. It is a sight to behold. The animals stand precariously by the side of the mountains oblivious to the admiring glances of people and go about their business calmly and methodically. As it is the calving season, the park will be closed between January and April.Eravikulam National Park has a viable population of other wildlife as well, with rare animals and birds (around 132 species) to boot.The carpet of greenery at the park transforms itself into a total haven of green and blue during the flowering season of Neelakurinji, a plant endemic to the Shola forests in the Western Ghats and blooms only once in 12 years.

Located in the South Garo district of Meghalaya, and close to the borders of Bangladesh, the Balphakram National Park is a must visit. The main attractions of the park are the elephants and tigers. And don’t forget to spot the only ape species in India, the Hillock Gibbons. Plenty of mysteries surround this ape-like species. Some say the animal resembles the Yeti, some say it is an unusual animal-man.You will even find rare species of plant life here like Drosera and Pitcher plants. A healthy collection of biologists, botanists, and zoologists are often seen studying the various diversities of the park. The park lies at an altitude of 3000 feet. It is believed that the forest has a massive rock that attracts animals and birds towards it.India’s Best National Park

Bhitarkanika National Park – a rare insight into the Mangrove ecosystem

Blackbuck National Park – the beauty of the black

Dachigam National Park – for the call of the wild

Dachigham National Park was initially a hunting preserve for the Maharaja of Kashmir and was declared a national park in 1981. The park is home to several, unique species of animals, birds and several rare varieties of plants.The highlight of Dachigam National Park, located near Srinagar is the endangered Hangul or Kashmiri stag. It’s a patch of white rump and an impressive spread of antlers distinguish the deer.The park itself is a sight to behold with scenic mountains, meandering lakes, mesmerizing rivers, flowery meadows and gurgling waterfalls.

Guindy National Park – a treasure trove in the wild

The tropical dry evergreen forest within the Guindy National Park in Chennai has acres and acres of greenery.  Spread over the area are wild buffaloes, leopards, deer, wildcats, wild crows, pheasants, river otter, Pangolin and plenty more. A main attraction of the national park is the endangered star turtle, apart from other varieties of turtles and tortoises.There is a children’s park where little ones can enjoy rides, swings, elephant and pony rides.

Photokatha Wildlife Trip: A word of caution: Wildlife expeditions entails that you be prepared. You may need to protect yourself from the leeches and mosquitoes. You will have to bring in hydration bottles while embarking on trekking and hiking tours. And of course, carry first aid. While sharing these tips, hope you enjoyed the India’s best national park list we have shared.

Your excursion to the wild “side” of India -India’s best national park- is definitely going to be one of the best memories of your lifetime. Now that you’ve been on a virtual tour we are positive that you would want to experience it all for real. So when are you booking your tickets to Kerala? Come, experience and unwind yourself, take back happy memories, feeling rejuvenated and refreshed. 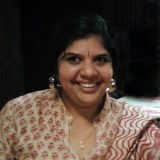 Sunu Phililp is the Inbound Marketing and Creative Head for Paradise Holidays, Cochin – a Kerala based tour operator. She loves reading, exploring new places and trying out different cuisines.

This error message is only visible to WordPress admins